Americans are up in arms, again, over the latest social media transgressions of a random celebrity. In this latest round, in case you missed it, Joe Rogan stands accused of spreading COVID vaccine misinformation on his Spotify podcast. In his defense, Rogan says he’s just an interviewer exploring different sides of various issues.

So what’s the problem here? There are several, in fact. First, of course, is that we’re dealing with a pandemic. We have a heightened sense of urgency to work together to do what’s right, like encouraging people to wear masks and get vaccinated. Deviations from this common cause have had real life consequences—COVID misinformation has resulted in thousands of deaths.

The second problem is that our country was founded on free speech rights. Americans get rightfully testy when these rights are questioned. This said, we’ve never had the right to yell fire in a crowded movie theater, which gets back to problem one—that we’re dealing with a pandemic here and that spreading misinformation costs lives.

But it’s the third problem that’s more widespread and corrosive: false equivalency. In a nutshell, false equivalency is where we put truth and lie on equal footing. Did American astronauts land on the moon in 1969? Using false equivalency, a radio show host might invite two guests—Buzz Aldrin, who actually walked on the moon with Neil Armstrong, and Bill Kaysing, the godfather of moon landing skepticism—and have these two men debate this “issue” as though both were equally expert. Because of the elevation of Kaysing, unaware listeners might think there was actual disagreement here about whether Americans walked on the moon. In reality, giving a microphone to a truth denier is just another form of gaslighting—muddying the truth so we start to question whether our own truth-based beliefs are accurate, and in the meantime demanding that we prove the truth is real in an absurd turnabout of common sense.

In normal times and earlier days—indeed, throughout most of our history—Americans enjoyed a long and rich tradition of debating issues of all kinds. Starting in earnest in the early 1990s, however, American political dialogue began slowly morphing into dog whistle-driven propaganda. House Speaker Newt Gingrich, along with Republican pollster Frank Luntz, Moral Majority leader Ralph Reed, tax activist Grover Nordquist, general malcontent Rush Limbaugh, and others, began deploying a highly effective brand of policy advocacy based on distortion and division rather than rational debate and compromise. What has made this technique especially pernicious and long-lasting, though, has been the Internet. By the time social media arrived 20 years after Gingrich, his invention was already caustic and polarizing. Social media has now amplified and calcified misinformation to the point where it has become effectively impossible for average citizens to discern truth from fiction. We trust our friends, but if our friends get their information from fantasy land, what then? Who can we trust and how can we know for certain what is real and what is make believe?

Fundamentally, what makes Gingrich-style bloviation work is false equivalency. False equivalency is at once charming and dangerous—the communication world’s wolf in sheep’s clothing. “Sure,” we say. “Let’s hear all sides of an issue.” But without first establishing a baseline of truth, the listener is led to believe that all viewpoints being debated are equally valid. When evolution-denialist Ken Ham debated Bill Nye in 2014, Nye allowed himself to get sucked into a false equivalency forum. Ham’s audience wasn’t swayed by Nye’s arguments. Quite the opposite, his audience saw a stage where two men debated a “controversial” issue on equal terms—both viewpoints were valid in their eyes.

Similarly, when Republican leaders trot out a rogue climate-change denying scientist as proof that global warming is a hoax, or when Joe Rogan interviews a biologist (not a virologist or epidemiologist) who says Ivermectin cures COVID, listeners (in Rogan’s case, 11 million of them) aren’t primed to separate truth from fiction. Rather, they put this information on an equivalent footing with the truth, because people they trust are making seemingly sincere attempts to learn the truth from these purveyors of misinformation.

Are these actions sinister? No—not necessarily—at least on the part of Rogan and other information intermediaries (less so for the primary sources of this misinformation).  These actions can be sinister in some cases, but it’s often just naïve behavior at work, thinking that it’s okay to, for example, host a podcast where anti-Semites can “thoughtfully debate” with concentration camp survivors whether the Holocaust actually occurred, or “thoughtfully debate” Alex Jones’s lunatic InfoWars ramblings about how the Sandy Hook shootings were a hoax or Hillary Clinton ran a child sex ring from the back of pizza parlor.

The decentralization of information authority in our modern information world is part of the reason why we can’t stop this dynamic so easily today. We’ve gone from three television networks with trusted news anchors to two million podcasts and 37 million YouTube channels, from a few major bookstore chains offering a few hundred thousand major titles to Amazon’s 33 million titles and growing, from newspapers with carefully researched and vetted information to 600 million blogs, and all of this is not even including Facebook (the largest single source of news in the world). Our gatekeeping mechanisms can’t keep pace with today’s flood of information. Everyone can publish their opinion, accuracy notwithstanding.

This tsunami of decentralized authorship has resulted in a vast and global network of valuable information, but also a vast and global cesspool of misinformation and distortion, not just in politics but in history, science, and other interests. When everyone gets positioned as an expert—websites, podcasts, videos, blog posts and tweets are all visible—it’s hard to know which opinions are truly expert; as well, how we value this information is changing, often based more on presentation and popularity than on actual expertise. We can see this situation as evil, or simply as the marketplace at work, or, maybe even as vanity run amuck, where our egos have grown so large that we think our seat-of-the-pants opinions are just as valid as carefully reasoned reports written using actual knowledge. Some have also implicated the far right’s dismissal of expertise—which was already building in the decades before Gingrich but has reached a fevered pitch today— in the rise of false equivalency, or the sense that pervades all authoritarian movements that expertise is a tool of the left and that anti-intellectualism is the key to freedom. The truth shall set you free, as long as the truth is not based in knowledge, but in a comfortable fiction that mob rule and gut feelings are more important than facts and expertise. When we’re on this road, false equivalents are everywhere—voting rights versus election fraud, pro-choice versus pro-life, gun safety versus violating the second amendment, evolution versus creationism, vaccines versus personal freedom. The opposing positions we accept for these debates use facts on one side and gut feelings on the other, which has created a portfolio of intractable policy discussions that exist in a weird space where we’re not really debating these issues, but our perceptions of reality instead.

How does all this end? Hopefully well, with the eventual decline of social media as a source of news, tighter regulations on the spread of misinformation (coupled with stronger advertiser pushback against the purveyors of misinformation), and by the rise of information literacy—that is, as we become smarter information consumers. Part of this last route involves seeing false equivalency for what it is. Freedom of speech is vitally important to an informed citizenry and effective government, and publicly debating issues is a critical and natural outflow of this freedom. But responsible and ethical debate in the civic space—in any space, that is, that isn’t intended as propaganda for just one like-minded audience—means, at minimum, making sure that opposing viewpoints are based in fact. Especially when lives are at risk in a pandemic, anything less is not only irresponsible, but dangerous as well. 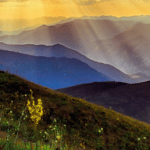