Science does a poor job of communicating internally. Scientists write mostly for journals that very few people ever read, researchers don’t share their data often enough, science efforts don’t spend money on coordinated public relations efforts, and more. As a result, science doesn’t discover as much as it might, and opportunities for discovery are being lost. This is true in every field from medical research to alternative energy research to pure science. STEM education is also a continual challenge, at least in part due to these communications issues, and the public’s understanding of science is anemic.

SCI is working to help science achieve its full potential by improving science communication tools, policies and practices. This is easier said than done. The culture of communication in science is deeply engrained and the product of hundreds of years of evolution. SCI uses a project-based approach to affect change, developing and managing a variety of science communication projects.

SCI’s board has varied in size over the years between five and 15 members. Board members serve terms of two years minimum. Our current board members have been with SCI since our founding in 2011: 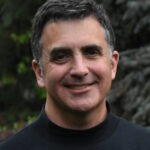 Glenn Hampson, MPA, is the founder and executive director of the Science Communication Institute and program director of the Open Scholarship Initiative (OSI, an SCI project). Hampson has served as a senior project manager for the Fred Hutchinson Cancer Research Center, communications director for the University of Washington, president of Castle Pacific Publishing Company, managing editor and webmaster for the World Bank Group, associate editor for the Riverside Publishing Company, and a field representative for the US Congress. Hampson holds degrees in public administration, history and astronomy, serves on several boards, and has authored several books. He lives in Seattle with his wife and son where he coaches youth baseball and volunteers in schools and community.

Science communication has no broadly accepted definition. SCI takes a very broad view of this field, and has identified eight areas of science that rely heavily on effective communication and that can be targeted with improved communications. These areas are divided into two groups—those that involve science discovery tools and dynamics and those that involve improving science understanding. SCI’s “discovery” focus areas include research collaboration, informatics, study design, and tech transfer; “understanding” areas include science writing, STEM education, science marketing and public policy. SCI believes that science needs better communication tools and practices in these areas to help realize the full potential of research and also make faster advances in science education, science policy and other areas where science and society intersect.